The usual way of making an authenticated request to the SnapTrade API is to sign the request using the consumer key provided at sign up, storing the signature in the Signature header. However, since the signature-based authentication requires requests to be made from a backend server (so that the consumer key remains a secret), it might not be suitable for certain use cases.

In particular, some apps want their users to be able to talk to the SnapTrade API directly, so that user data does not pass through the app's server backend. This model can reduce development time on behalf of the app, reduce liability associated with having access to sensitive user data, and improve performance by removing the need for the app's server to intermediate all communication with the SnapTrade API.

We refer to this model as "client-side direct API", in which client-side code makes direct requests to SnapTrade's API on behalf of a registered user. This is implemented by allowing partners to obtain encrypted access tokens which would be decrypted and stored in a user's local device. The user's device then makes requests to the SnapTrade API using the decrypted access token. This approach uses public key cryptography to securely pass the access token to the user and prevent even partners from receiving the decrypted token.

There are three main parties involved in this communication pattern:

In addition, there is also the SnapTrade Connection Portal ("The Portal") which is a hosted web application that The Client must visit in order to connect accounts or modify their existing connections.

To better understand the process, you can follow along each of the steps with the visual diagram that is provided for each process.

The typical flow for registering a new user for client-side direct API usage is as follows: 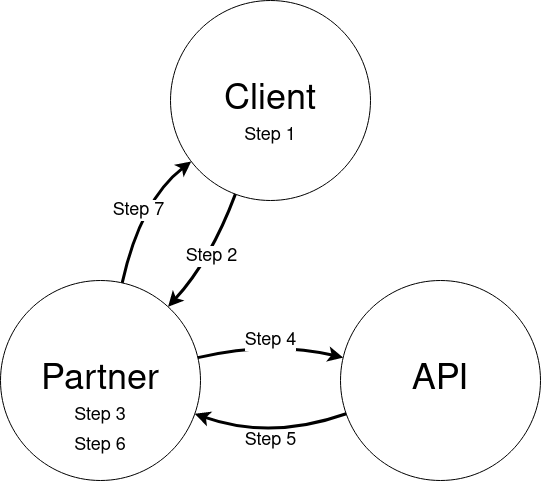 At this time, the user may wish to connect their first account. The typical flow is as follows: 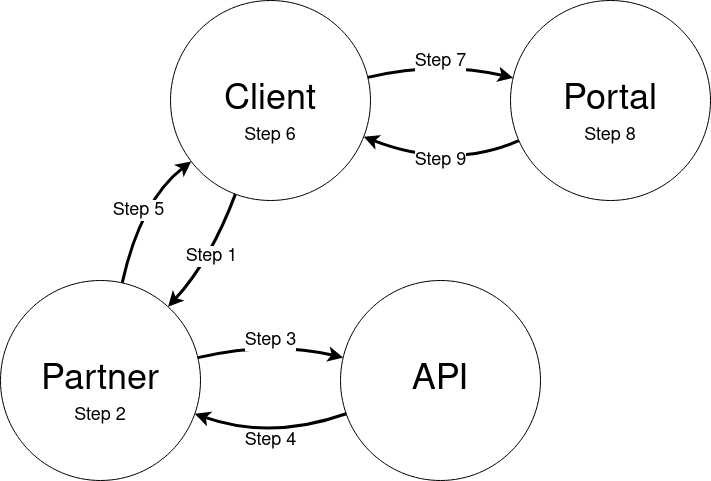 At this point, The Client can begin to pull their account information directly from The API. A typical flow for accessing The API directly is as follows: 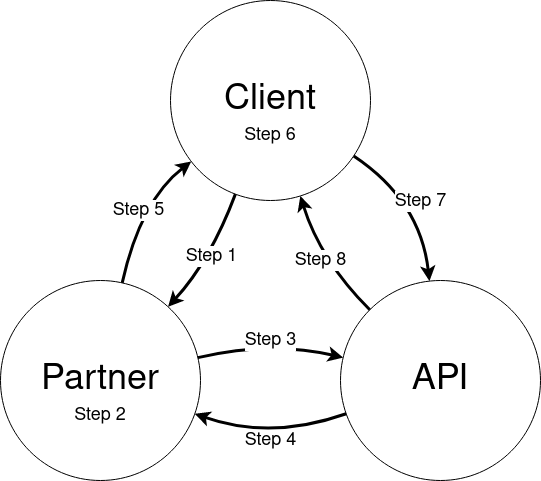 As part of Step 1 in the Registration flow, the partner is expected to generate an RSA key pair on the user's local device. The key pair consists of a private key and a public key.

The private key must be stored on the user's local device, and will be used to decrypt encrypted messages from the SnapTrade server.

The public key must be added as part of the request while registering a user on SnapTrade. See the documentation for registering users for more details. The public key will be used to encrypt messages from the server to the user's local device.

The SnapTrade server expects the RSA public key to be in the OpenSSH format like so:

The user's local device should be able to decrypt the shared key using the private RSA key that came from the RSA key pair generated earlier.

Below is an example code (in Python) for decrypting the encrypted shared key.

The encrypted message was encrypted using the shared key that was decrypted from the previous step in the AES Mode-OCB. The user's local device uses that key to decrypt the message. In this particular instance, it the shared key is used to obtain the decrypted access token.

The code below is an example (in Python) of how to decrypt the message using the shared key.

The access tokens used to make client-side requests to the SnapTrade API are implemented as JWT tokens. To make a request from a user's local device using a JWT, the key-value pair of Authorization: JWT {decrypted token} should be added to the request headers. The Signature header, as well as the timestamp and userId query params are no longer required.